Domestic projects involving only you as a contractor

On these projects, the client duties are transferred to you, who must carry out the client’s duties as well as your own. In practice, this will involve you doing no more than they have done in the past to comply with health and safety legislation. Compliance with your own duties as a contractor will be taken as compliance with the relevant client duties to the extent necessary given the risks involved in the project. As a result of you taking on the client duties, any designers involved in the project will work with you in their role as the ‘client’.

Refer to the following flow diagram for further details of CDM domestic projects. 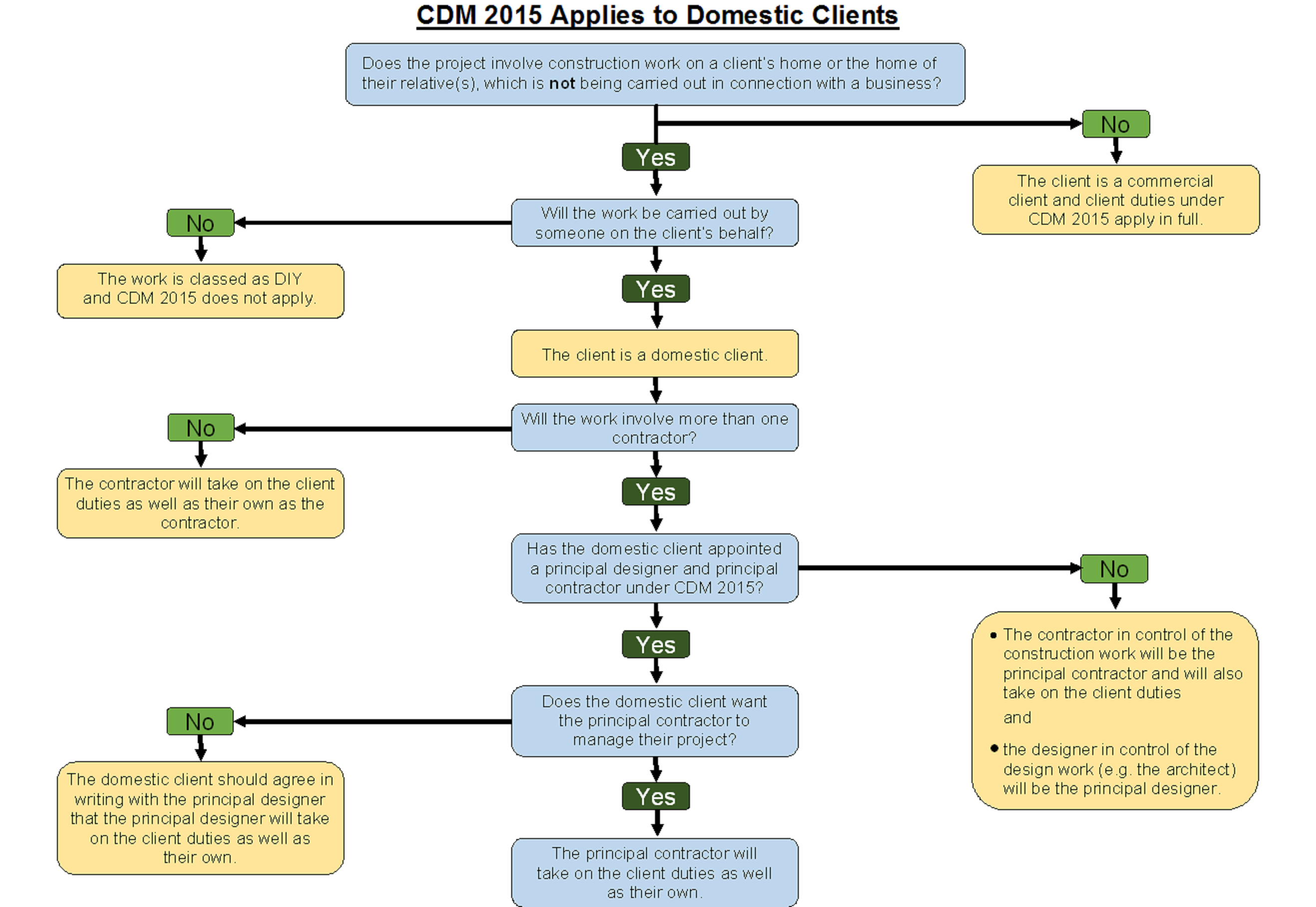