How do the CDM 2015 regulation changes affect you? 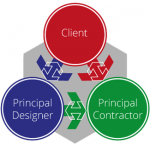 How do the CDM 2015 regulation changes affect you?

Did you know there are changes to the CDM regulations that came into place from 6 April 2015. Here is our quick guide on how they might affect you.

From 6 April 2015, the Construction (Design and Management) Regulations 2015 (CDM 2015) came into force, replacing CDM 2007. The key changes of the new CDM regulations are listed below:

The HSE have also produced detailed guidance called “Managing health and safety in construction – Construction (Design and Management) Regulations 2015”, which covers the legal requirements for CDM 2015.